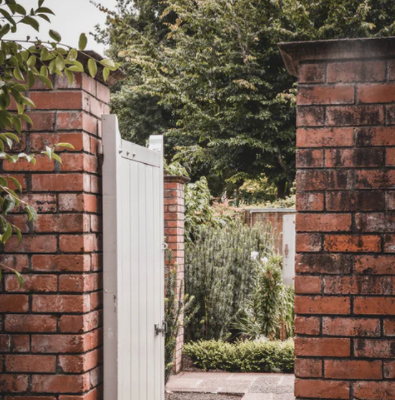 Since our first meetings more than 5 years ago God has diligently watched over us, lead us in our studies and guided our steps so we may grow in His grace and knowledge. Every Sabbath without fail He coordinates our efforts as we are lead through His Holy Word.
This past year has certainly been a test for so many. Covid 19, restrictions on travel and gatherings, business slow downs and restricted hours for many resulting in less available money to live on and the exposure of fraud that has been going on at the highest levels of government are just a few of the issues. It seems the list is growing longer every day.
Has anyone noticed the sermons that have been presented these past few months have all had a significant and similar message, pay attention to current events and put them into an end time frame of reference and watch our conduct and how we interact with the world.
If the latest political events haven’t convinced you we are not part of this world you may have some significant issues. If nothing else, I am so glad this election charade has concluded. Those who celebrate this despicable show of evil will certainly get their just reward. Like others who do and condone evil, they will not learn until it’s too late.
And having reduced the cities of Sodom and Gomorrah to ashes, condemned them with a catastrophic destruction, making them an example for those who would be ungodly in the future; (2 Peter 2:6).

We should be able to understand the real intent of these events as God begins to step up His plan. He has called us. Many may desire to know Him and His plans, but God has to personally call them before they have the opportunity we have had.
No one can come to Me unless the Father, Who sent Me, draws him; and I will raise him up at the last day. (John 6:44).

We are His begotten children baptised into His family. God called us and we responded. He has opened paths for us that others do not have access to. We are His heirs.
Because you are all sons of God through faith in Christ Jesus.

For as many of you as were baptized into Christ did put on Christ.

And if you are Christ’s, then you are Abraham’s seed, and heirs according to the promise. (Galatians 3:26-29).

With the current events unfolding as they are and the fact that Christians are marked by this evil incoming administration, it is imperative we review our covenant commitment now. We also have the unique position of being God’s firstfruits, so Satan has special considerations for us. We also need to be doing this in preparation for Passover which is in about 2 ½ months.
When we started on this path God did something in each of our lives and in our minds to lead us to change. In revealing our sins to us He also gave us a path to repentance and baptism. Peter explained this in Acts on the Day of Pentecost.
Therefore, let all the house of Israel know with full assurance that God has made this same Jesus, Whom you crucified, both Lord and Christ.”

Now after hearing this, they were cut to the heart; and they said to Peter and the other apostles, “Men and brethren, what shall we do?”

Then Peter said to them, “Repent and be baptized each one of you in the name of Jesus Christ for the remission of sins, and you yourselves shall receive the gift of the Holy Spirit. (Acts 2:36-38).

When we prepare for baptism we learn to review our lives and how we have lived up to that point. We are to pray, “count the costs” and genuinely repent of our sins. Note, this is the first thing Peter tells them, Repent and be baptized.
As baptized members of God’s family we must remember we are no longer who we once were-nor should we want to be. Upon being baptized we were to bury the old sinful man.
Therefore, we were buried with Him through the baptism into the death; so that, just as Christ was raised from the dead by the glory of the Father, in the same way, we also should walk in newness of life.

Knowing this, that our old man was co-crucified with Him in order that the body of sin might be destroyed, so that we might no longer be enslaved to sin; (Romans 6:4-6).

We pledged to God to end the sinful ways of our previous lives and begin living in a new and more spiritual way. Are we doing it? Have we really buried the “old man” or are we keeping him around so we can keep one foot in the world or be able to re-live whatever former glory we feel he (we) may have had? At this point do we need to have him around? We do not! Paul goes on to tell us we died to sin but are alive through Christ. We don’t need the old version of ourselves.

In the same way also, you should indeed reckon yourselves to be dead to sin, but alive to God through Christ Jesus our Lord.

Therefore, do not let sin rule in your mortal body by obeying it in the lusts thereof. (Romans 6:11-12).

By ridding ourselves of this old baggage we can more easily work to build a more loving relationship with God. We’ll be less concerned with the world and all its problems and more concerned with honoring our covenant commitment with God. We must be converted not just changed. Time to download the new version.

When we were baptised hands were laid on us so we may receive the gift of the Holy Spirit, the begettal, making us begotten sons or daughters of God.

According to His own will, He begat us by the Word of truth, that we might be a kind of firstfruits of all His created beings. (James 1:18).

Are we living as though we are firstfruits, heirs of the promises or just going through the motions? God’s Holy Spirit is in us to lead us and guide us. Praying and studying God’s word allows us to grow in grace and knowledge and receive the guidance we need. Time is growing shorter.

Jesus set an example for us to follow. Our commission is to become more Christ like in our lives. As bad as things seem to be getting remember that no one assumes power without the knowledge and approval of God. Even the evil rulers are just a means for Him to achieve His end result and we have been given the knowledge to understand.

I know there were times it was hard dealing with some of these events and the evil surrounding them. In my past I wanted to have a part in saving the world, so to speak. Not so much anymore. I realize now what a futile effort it was and still is. I have found comfort in His word. He has opened up so many areas of study to us. Each week He relates so much more of His plan. God is in control even if the world seems so much out of control. We have so much more to gain by following His word and not relying on our own understanding.

Peter puts a lot into perspective in becoming more Christ-like in 1 Peter 2:15-25:

For so is the will of God, that by doing well yourselves, you may put to silence the ignorance of senseless men;
As free, and not using your freedom as a cover for evil, but as bondslaves of God.

Show honor to everyone. Love the brotherhood, revere God and honor the king.

Servants, submit yourselves to your masters with all fear—not only to the good and gentle ones, but also to the harsh and unjust ones;

Because this is acceptable: if, for the sake of conscience toward God, anyone endures sorrows, suffering unjustly.

For what commendation is there if, disobeying and being beaten, you endure it? But if while doing good you endure suffering, this is acceptable with God;
For to this you were called because Christ also suffered for us, leaving us an example, that you should follow in His footsteps

Who committed no sin; neither was guile found in His mouth;

Who, when He was reviled, did not revile in return; when suffering, He threatened not, but committed Himself to Him Who judges righteously;

Who Himself bore our sins within His own body on the tree, so that we, being dead to sins, may live unto righteousness; by Whose stripes you were healed.

For you were as sheep going astray, but you have now returned to the Shepherd and Guardian of your souls.

We were sheep going astray and He called us to return to Him. We answered the call. We have entered into a covenant relationship with God and Jesus Christ. It has to be with all of our being not half-hearted. He has set us on the path to the narrow gate. Do we have too much baggage to enter or are we willing to shed all that is required? That’s our individual choice.

For the time has come for judgment to begin with the household of God; and if it first begins with us, what will be the end of those who do not obey the gospel of God?
And if the righteous are saved with much difficulty, what will become of the ungodly and the sinner?
For this reason also, let those who suffer according to the will of God commit their souls to Him in well doing, as to a faithful Creator. (1 Peter 4:17-19).