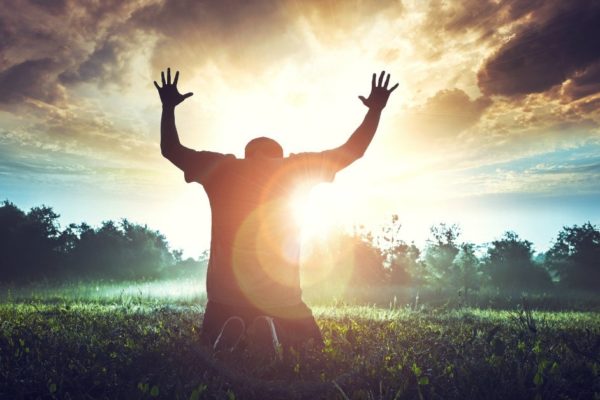 In keeping with our current theme on prayer, this essay was prompted by listening to conversations last Sabbath among our group. Not that anyone was saying anything wrong but the context caused me to reflect. It seemed that circumstances were accepted and an outcome was already believed. I could almost hear my mom, “oh that’s just the way he or she is…” It’s almost as if by accepting the circumstances they are setting the standard of tolerable mediocrity. That’s is as good as they are and as good as they are going to get. Changing anything or anyone through prayer for the better isn’t likely and one’s desire for improvement is about the same. It’s parallel to a “woe is me” attitude or an acknowledgment of defeat. “Cancer is hereditary in my family” or other medical condition is also a common conversation topic. While it may be true for the person speaking it or even a true situation, Our God is UNCOMMON and we need to remember we belong to Him (Romans 8:17). Keeping this in mind, let’s see what The Lord has to share along these lines.

We live in the world for sure but we are not of this world (1 Peter 2:9). We have been called out of it and set apart to fulfill God’s Divine purpose for our lives (John 15:19). Coming to the full knowledge of His Word, at least well on our way, we need to keep in mind just who we now belong too (John 17:10, Gal. 3:26). This includes all avenues of our existence. One of the hurdles I see and seem to encounter as well is apparently the lack of faith (Matt. 17:20). This can be slight or huge depending on the situation but none the less it manifests itself in many ways. Sometimes it’s almost as if we accept defeat before the battle begins even though the war has already been won (Mark 4:40). We tend to limit an outcome of a situation by minimizing God or His intervention (Psalm 78:41) by doubting His hearing our prayers. Is this due to a lack of faith or a lack of trust in God?

We all know that “faith is the substance of things hoped for, the evidence of things not seen.”- Hebrews 11:1. In looking at some worldly definitions on Wikipedia, they define faith as confidence or trust in a person or being. In this case, it would be trust in God. So many of us, and again I witnessed this as a child as I mentioned my mom earlier, there is a lack of trust in God, in His abilities and in who He is. Keep in mind that Our Creator spoke the Universe in to existence (Gen. 1:3). We tend to forget this when we pray. We forget His power and forget who we are in Him. We immediately limit the effect of our prayer by imparting doubt. We saw what happened to Peter when he stepped out of the boat to walk on the water to Jesus and he took his eyes off The Lord (Matt. 14:29-31). Eliminating doubt in our prayer life and our faith is a beginning to becoming an effective prayer warrior (1 Tim. 2:8). It is interesting that the Wikipedia definition lists 6 stages of faith development. The last level being the “enlightened stage” which is without worries and doubt. I’m sure the whispers of the enemy are hard at work here to derail anything we send skyward (Psalm 64:1). “Oh He won’t hear that…” or “You can’t pray for that; people will think you’re crazy…” (1Cor. 4:10, 1 Cor. 2:5) Planting the seed of doubt and a little fear of ridicule will lead to halfhearted prayers. We must approach the throne room of God with confidence and faith in Him, His Word and who we are in Him (Eph. 3:11-12, Phil.1:20). Notice I said confidence and not cockiness. We have the Word of God and Jesus Christ as our intercessor.

Is there a way we can increase our faith? How do we “get there?” “And Jesus said unto them, Because of your unbelief: for verily I say unto you, if ye have faith as a grain of mustard seed, ye shall say unto this mountain, Remove hence to yonder place; and it shall remove; and nothing shall be impossible unto you.”- Matt. 17:20

I think a couple of clear illustrations that demonstrate at least two principles can be found in the example of the Centurion in Matt. 8:5-13. The Centurion accepted and believed in Jesus’ authority. He accepted the Word of Jesus and required nothing else. We too have the Word of God (Rom. 10:17). Do we need anything else? The second example I’ll use is the woman in Mark 5:25-34. The woman had suffered with illness for many years and wasted her time and money on man’s cures and was only getting worse. Hearing of Jesus and knowing of Him, she knew that if she could just press through the crowd and touch the hem of His garment, such a small act would heal her. She knew, she pressed through her fears and did not doubt. The healing was immediate and confirmed by Jesus when He asked “Who touched me?” Do we press through when we are confronted with crisis or do we throw the towel in, shrug our shoulders and say “that’s just the way it is” and accept defeat? (Mark 11:24, 2 Cor. 5:7) The woman was earnestly seeking God (Heb. 11:6). What if Jesus told Martha, “sorry Lazarus is already dead.” Jesus told us we will do greater works than these (John 14:12). How much are we seeking God in our lives?

In James 2:26 it reads, “For as the body is dead, so faith without works is dead also.” An increase in faith requires works. At least in my interpretation it means you need to get off the bench. Your faith can best be described by the example you set. The best foundation is the keeping of God’s Commandments and Holy Days. We know from our studies this is a sign between Him and us. We see so many false prophets running around these days, believing they are doing good works in the eyes of God but without keeping His Commandments and Holy Days (Matt. 23:15, Luke 6:46). His word clearly defines His response (Matt. 25:41).

“Give ear to my prayer, O God; and hide not thyself from my supplication.”- Psalm 55:1 We all want our prayers to be heard and how do we know for sure if we are praying the right thing or in the right way? An interesting part of the Psalm above is supplication. Another Wikipedia slant on the word supplication is to ask in earnest or humbly. One definition went so far as to say “begging.” I’m sure there has been occasion in everyone’s life where begging was not out of the question when it came to prayer. When you pray, do you talk to God or talk at God? Are you sharing your heart with Him or giving Him your shopping list? Is it repetitious mumblings or a sincere conversation with your Heavenly Father who loves hearing from you? Jesus taught us how to pray in Matt. 6:9. We should remember to approach God in right standing (James 5:16). Asking the right things in the right manner and we know that if it is in His Will it will come to pass. This may be an area where we tend to limit God again. We will throw that caveat in “according to Your Will” but we forget the first part of our responsibilities regarding the right way and manner. God certainly knows all of our needs, our wants and desires. We should have no concerns regarding anything (Luke 12:24-28).

This past week I’m sure there were a lot of prayers made regarding the election. We’ve read in several studies it’s doubtful we shouldn’t become involved in politics. Perhaps true unless God so calls us, however, we do need to take a stand for righteousness and our faith. Perhaps if we never deviated a few centuries back we may not be in the current state of decay we are in. No matter. It is all part of God’s overall plan. We have been given an apparent reprieve and I believe it was due to the fervent prayers of the righteous. Not so much as praying for one person over another but praying against evil and injustice (Psalm 34:16, Psalm 94:16, 1 Peter 3:12). Obviously, God heard and answered prayers. I read one comment on a blog site that really nailed it. It read, “thank you to the 10-righteous people left in the US praying for our nation that we were delivered from the evil in this election.” I’d certainly like to believe there are more than 10. It will be up to us to pray for more workers for the harvest. Pray for a revival of God’s truth within the church. We ourselves must do our part to grow in faith and trust that our prayers become effective weapons against the forces of darkness and they are heard on high (1 Kings 8:49, 1 Kings 9:3, 2 Chron. 6:39, 1 Peter 4:7).